Asian American and Native Hawaiian/Pacific Islander Heritage Month is under way. The history of Asian Americans in our country goes back much further than many people realize. The oldest documented example is of Filipinos, who immigrated to California in 1587. And records from Jamestown, one of the earliest English settlements in North America, show that East Indians arrived in the colony in 1635!

Many Asian cultures played a key role in the progress of America. Chinese immigrants were integral in building the Transcontinental Railroad and connecting our Nation from ocean to ocean. And Japanese Americans played a pivotal role in the agricultural development of the western United States, particularly in California, Oregon, Washington, and Hawaii. I mentioned in previous messages that my mother came to America from Japan in the 1950s.

Hawaiians, Samoans, and Guamanians have also enriched our Nation’s culture and history with a beautiful heritage, and advanced the sciences of oceanography, geophysics, and astronomy. Consider how the ancient Polynesians used star maps to navigate thousands of miles over the vast Pacific Ocean in long canoes from New Zealand to Hawaii to Easter Island!

This week I spoke with Jennie Yan, a highly respected statistician with RMA’s Actuarial Branch. She has been with RMA for over seven years now and was recently named Special Emphasis Program Manager, representing Asian Americans and Native Hawaiian/Pacific Islander employees in the agency. Jennie is an immigrant, originally from Guangzhou, China, and her mother tongue is Cantonese. She arrived in the United States in 2006, becoming a U.S. citizen and graduating from the University of Missouri before joining RMA. She has an interesting personal story and I wanted to get her perspective on the observance this month.

Marcia: You have an interesting story and perspective. What are your thoughts on Asian American and Native Hawaiian/Pacific Islander Heritage Month, which may be unique to American culture?
Jennie: Asian Americans and Native Hawaiian/Pacific Islanders (AANHPI) have played a key role in American history. However, most people still do not understand Asian culture. Asian American and Native Hawaiian/Pacific Islander Heritage Month is a great chance to learn about the Asian community and remind people how multicultural our Nation truly is. This month is a celebration of cultural contributions by different ethnic groups within the AANHPI community. Maybe by learning more, we can bring about more positive things about the community and decrease misunderstandings that may contribute to negative things. A hope of mine is that my baby will take pride in his Asian culture when he grows up.

Marcia: What are ways we can support the observance this month?
Jennie: There are always events and training sessions organized by USDA and local community groups, I suggest people try and join the events if they are available. But also, reading a book or watching a movie involving Asian culture or history this month is a great way to observe and learn. 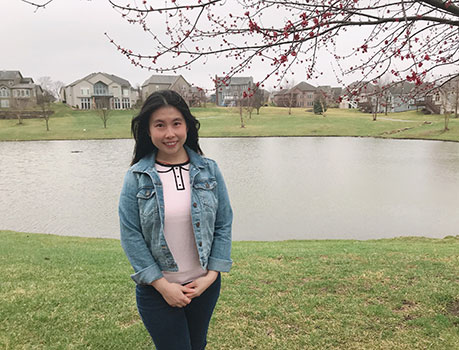 Marcia: Asian Americans and Native Hawaiian/Pacific Islanders encompass many subcultures and traditions. But many have made an impact on the history of America.
Jennie: Yes, these communities have influenced American cuisine, as one example. By introducing foods from all over the world, we have access to some of the tastiest dishes and even some fusion foods. That is an example of cultural impact.

Also historically, May 10, 1869, or Golden Spike Day, recognizes the completion of the first transcontinental railroad in the U.S., which had significant contributions from Chinese workers. The railroad stretched from the West Coast to the East Coast, and 15,000 to 20,000 Chinese immigrants were a major part of its construction. Incidentally, this is partially why May has been set aside for Asian American and Native Hawaiian/Pacific Islander Heritage Month.

I hope everyone feels excited to learn about different cultures, this includes all the tasty food and festivals that are celebrated in different areas of the world. Each step brings us closer to one another and hopefully one day we can realize a truly peaceful world.

I’m very thankful that Jennie took time to talk to me and contribute to this week’s message. She told me that in her free time she enjoys watching movies and playing Ping-Pong with her husband, Yan. They are expecting a baby boy in August. Congratulations!

Consider watching a movie or reading a book on Asian American and Native Hawaiian/Pacific Islander culture and learn something new this month!