This week we celebrate National Apple Day. First observed about thirty years ago on October 21st, 1990, in the United Kingdom, today the delicious fruit is celebrated worldwide on this date.

In the wild apples tend to be sour. The fruit is native to the eastern hemisphere, originating in central Asia. Many historians credit the Romans with cultivating the fruit into the larger and sweeter varieties we have today. In the early 19th Century, John Eastman, better known as “Johnny Appleseed,” traveled the Midwest planting numerous trees and educating farmers on growing apples.

According to USDA, America, China, and Poland are the top three apple producing countries in the world. Globally, apple production totals more than 83 million metric tons. The top five states in apple production are Washington, New York, Michigan, Pennsylvania, and California. The Gala apple is the most-grown variety in our country, followed by the Red Delicious, Granny Smith, Fuji and Honeycrisp. 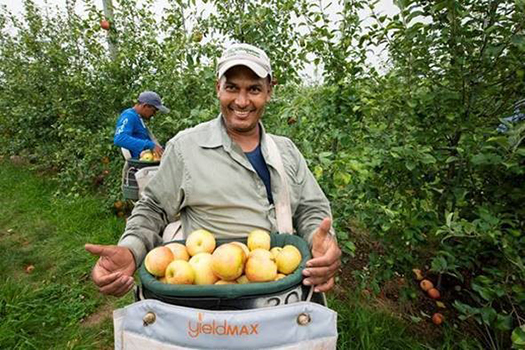 In the last decade, advances in in biotechnology have made the apple breeding process considerably faster and more accurate. Last year, RMA introduced a new policy for apple trees, developed by a private submitter. Nationwide, there is currently more $109 million in liabilities insuring more than 12 million trees.

Apples are generally sold either whole and fresh, or for processing foods such as apple sauce. Because fresh apples generally receive a higher price, producers are generally most interested in growing fresh whole apples. However, despite best efforts, not all apples on a particular tree will meet grade standards and those are sold for processing.

Eat an apple today to keep the doctor away or enjoy a slice of apple pie this weekend. What could be more American?